The Challenge They Faced

For the last 10 years, Sydney Children’s Hospitals Foundation has held its Gold Telethon. In conjunction with a local TV network, SCHF broadcasts celebrities, patients and their families sharing stories and appealing to the public to support the charity’s major initiatives. The Gold Telethon Appeal has seen remarkable success over the years, raising over $42 million specifically for Sydney Children’s Hospital Randwick.

The challenge Sydney Children’s Hospitals Foundation has faced is in effectively managing this significant annual undertaking. The Telethon creates an enormous donation volume in a rapid timeframe, which tests the limits of many gift processing technologies. It also has the potential to burden SCHF’s staff and volunteers after donations are received, as they must ensure acknowledgments and receipts are sent, report on the results, and effectively steward these donors on a longer-term fundraising journey.

With the fundraising system that Sydney Children’s Hospitals Foundation was using, they were limited with the functionality to process and manage these gifts, struggled to scale for the number of donations coming in during the Gold Telethon, and lacked a reliable Support team to assist them with any other obstacles.

‘Prior to implementing Causeview (and Salesforce) the telethon was a very manual and time-consuming process, in 2015 we implemented a Causeview donate form for the Telethon call centre operations which reduced our admin post telethon by weeks.  Instead of entering data and following up when handwriting was illegible, we were focussed on welcoming new donors and converting donors to regular giving.’ - Jo Price, IT Integration and Transformation Manager, SCHF

"Instead of entering data ... we were focussed on welcoming new donors and converting donors to regular giving."
- Jo Price, IT Integration and Transformation Manager, SCHF) 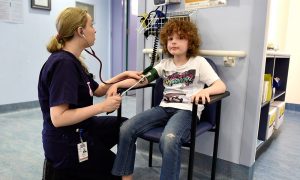 Sydney Children’s Hospitals Foundation selected Causeview Fundraising as its core donor management technology, using it to handle the annual Gold Telethon and supporter relationships all year-round. Causeview Fundraising provides a reliable and repeatable system for gift processing, allowing SCHF to confidently operate even as thousands of donations are generated throughout the Gold Telethon.

In addition to the Salesforce-integrated online donation forms for its website, the organization was able to work closely with Causeview to customize an interface for the Telethon’s volunteers to process gifts made over the phone. The Causeview Support team stands alongside SCHF’s staff before, during and after each year’s Telethon to ensure that every donation is processed as it should be, acknowledgments and receipts are sent as expected, and all data is available in its Causeview instance for dashboards and reports.

‘Now when the donations are entered via Causeview's online donation form the details all feed straight into our CRM. This allows to issue correct receipts, match any existing donor records, and allows us to run real-time reports to see how much has been raised every 15 minutes.’ - Jo Price, IT Integration and Transformation Manager, SCHF

"(Causeview) allows us to run real-time reports to see how much has been raised every 15 minutes."

With Causeview Fundraising as its technical backbone, SCHF’s Gold Telethon has experienced incredible growth. The event has grown by 33% in the past five years, raising much-needed funds for Sydney Children’s Hospital, Randwick.

In addition to the fantastic fundraising results, Sydney Children’s Hospitals Foundation has also benefited from its ability to rely on the Causeview Support team to tweak and optimize its online gift management tools. They now have effective tools to manage their major initiative each year, and both the organization and its donors can trust that donations will process seamlessly. This includes gifts made on an average day of online fundraising and with the major volume that comes through during the Gold Telethon.

The system used by SCHF has been such a success that in 2019, three other associated hospital foundations, each with their own large donor bases, selected the Foundation’s Causeview instance as the best choice to consolidate into. Now on a centralized database, Sydney Children’s Hospitals Foundation can work more efficiently, access greater data, and achieve bigger results.

Spend some time with a fundraising expert to see how Causeview can help your organization.

Get a Free Demo